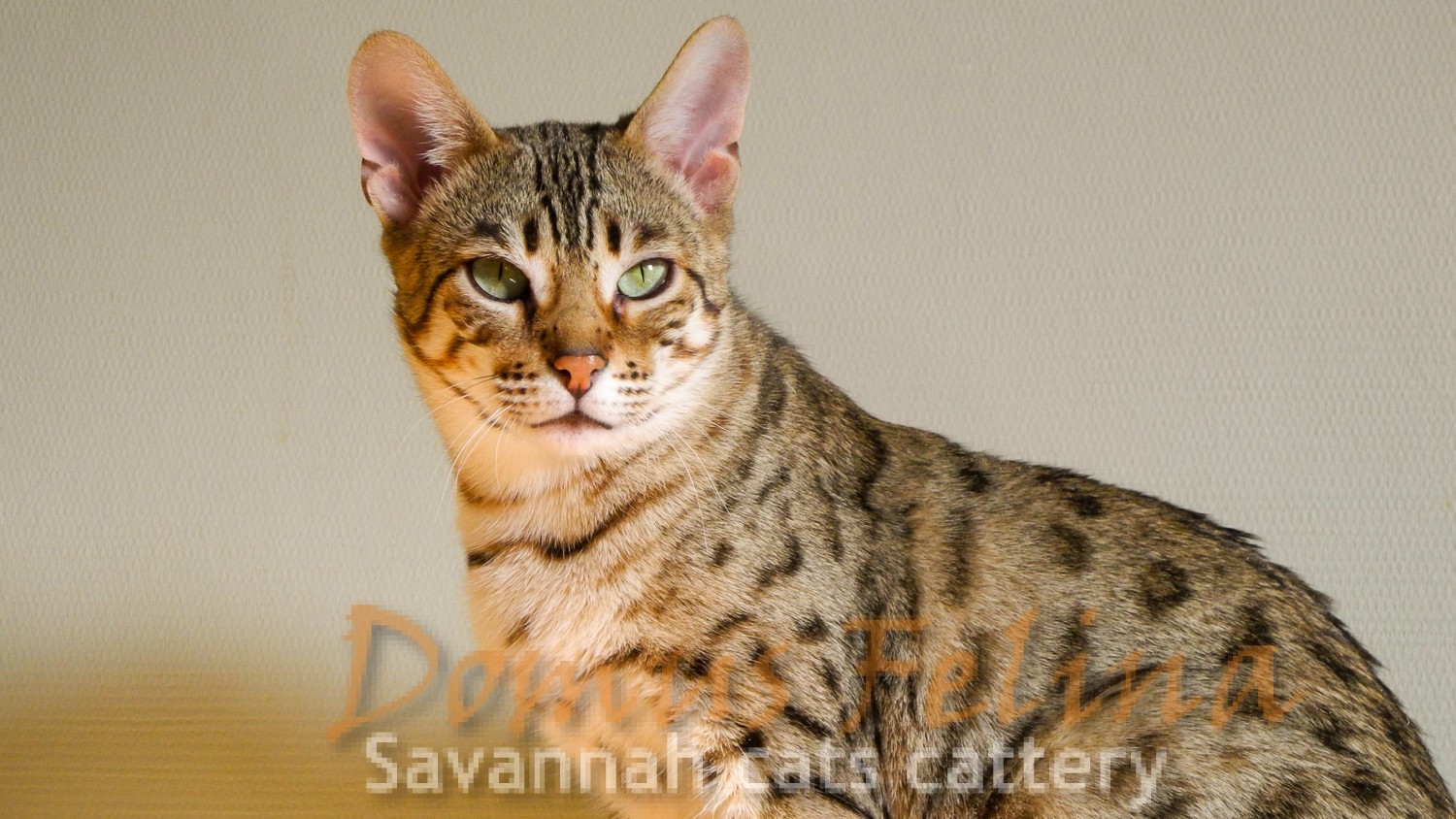 Selectexotics Nilah of Domusfelina is a Savannah breed cat.
She was born in USA and travelled here to start a new family with full rights to participate in TICA shows Championship class.

Nilah parents: a female cat named Electra – living in the United States, one of the pioneers of Savannah breed, a male cat named Kalossal, – a large golden cat, living in the USA as well.
His great-grandfather is a Serval named Keystone, – from the U.S., one of the pioneers of the Savannah breed itself.
Nilah’s (Queen of Egypt, the Nile, Champion etc.) fur is bright golden yellow with beautiful dark brown spots.

This cat has a special character, it’s a very dominant cat. Like a real Queen, well supervising its territory, eager to dominate and maintain leadership. Very affectionate, recognizing only her chosen owner, always ready to fight and to defend him even from the other cats.
On occasion she leaps on the owner’s lap, which is very rare in this generation of Savannah cats. She quickly learn various tricks. Knows how to open doors, fetch a ball, creeps into all the cupboards, and jumps on the highest wardrobes.

The Savannah is a tall lean graceful cat with striking dark spots and other bold markings.